Jimmy Cornell's latest book is based on his extensive knowledge of offshore cruising gained from an experience that stretches over four decades.

Jimmy has sailed over 200,000 miles in all oceans of the world, including three circumnavigations as well as two voyages to Antarctica and a successful transit of the Northwest Passage.

As the founder of the ARC transatlantic rally, in the last 30 years Jimmy Cornell has organized 28 transatlantic and six round the world rallies.

As organizer of these events, he has come into contact with over 15,000 sailors and the experience gained from dealing with so many different boats and sailors has been an invaluable source of knowledge of the global cruising scene that adds a special dimension to this book.

200,000 Miles deals with all essential aspects of offshore voyaging and long distance cruising. Every subject is dealt with in an informative and entertaining manner, backed up by telling incidents or anecdotes from the author's wide-ranging experience.

While primarily aimed at sailors who are planning or making preparations for a longer voyage, this book will also appeal to tested ocean navigators as well as weekend sailors. The book's attractive style, with 500 excellent photographs from the author's vast collection, should be equally appealing to dreamers.

Approximately two thirds of the book deals with practical matters and covers all subjects of interest to anyone planning to leave on an offshore voyage. The other third of the book describes highlights from the author's circumnavigations as well as voyages to Antarctica, a transpacific passage from Antarctica to Alaska, or the challenges of the Northwest Passage. The chapters alternate between the two, with one technical chapter being followed by a cruising narrative.

200,000 Miles is based on Jimmy Cornell's book, A Passion for the Sea published in five language editions in 2007 and now out of print.

In the intervening decade Jimmy Cornell has launched a new series of offshore rallies as well as a new Aventura conceived by him as a yacht perfectly suited for both tropical and high latitude sailing. While preserving some of the main elements of the previous book, the newly gained experience of being once again in close contact with sailors taking part in his events, and the lessons learned from his two attempts at the Northwest Passage, have resulted in a more comprehensive and up-to-date book.

In contrast to Jimmy Cornell's previous books in which, as a professional journalist, he was careful to remain impartial, this book is a memoir in which the author does not shy from expressing personal opinions drawn from his own experience. He is also candid about the events that shaped his character and his passion for the sea. The book features many anecdotes from his eventful life, both afloat and ashore.

Jimmy Cornell has written 24 books, most successful among them World Cruising Routes first published in 1987 and now in its seventh edition. It has been translated into French, German, Italian and Spanish. In total it has sold 200,000 copies making it one of the best selling nautical books in the world.

The author of classic cruising books, several of
which are on my own bookshelves (I have used his
World Cruising Routes for both my Atlantic and Pacific
crossings), Mr. Jimmy Cornell has now published a
book distinct from his previous: This is a memoir of
his wonderful sailing life with his circumnavigations
and significant voyages on his beloved fleet of
Adventura(s) I –IV.
This comprehensive book is laid out much like a
glossy-paged magazine (absent the ads) with beautiful
color photographs adorning every page. It opens in
reverse order, with the building of the last Adventura (IV),
and his attempt at a “high-latitude” voyage to conquer
the famed Northwest Passage. Sailing from London,
first trying from east to west,
he is stymied; but, he later
accomplishes his goal sailing
from west to east. Jimmy is
convinced that the saying
fortis fortuna adiuvat (Latin
for “fortune favors the bold”)
sums up his life.
While reviewing this
book I was also reading one
of Captain Cook’s biographies
and, except for being three
centuries apart, found the
similarities of adventure remarkable. We learn that
Jimmy was born in 1940 as Dragos Corneliu Cismasiu
in Romania and grew up under the Russian-dominated
communist rule. His father became a political prisoner,
later dying in captivity, and Dragos (Jimmy) made
several attempts at escaping, finally succeeding and
ending up in London, where he Anglicized his name and
his love of the oceans began.
Jimmy was working for the BBC in the mid-1970s
and built the first Adventura, launched in July 1974, in
London, after which his first circumnavigation of the globe
commenced. The sevenyear
cruise, starting in
1975, took him first to
the Mediterranean; then
across the Atlantic, to
the Caribbean and the
South Pacific; to New
Zealand, Australia, and
the Indian Ocean;
then back through the
Mediterranean and home
to England in 1982.
Separating the memoir chapters of his sailing
adventures, his book sprinkles in the practical aspects
of proper boat design, voyage
planning, safety at sea, weather
and routing, sails, engine
maintenance, and how to pick
a crew. There is an enjoyable
chapter about the evolution of
all the Adventuras from layout,
hull material, and rig design,
and how Jimmy chose to
evolve from a fiberglass hull in
Adventura I to steel in A-II, then
to aluminum in A-III and A-IV,
which became his favorite hull
material. Rig design on the Adventuras also evolved.
He started with a ketch for all the same reasons that
many of the old books state: the sails were smaller
and easier to handle when the crew was constantly on
deck changing sails to suit weather conditions. With
the advent of furling sails, the ketch has faded from
popularity and the taller-masted cutter or sloop rig has
become a dominant rig in ocean-cruising boats, which
increased performance, especially when sailing to
windward becomes necessary. Both his A-III and A-IV
were rigged as cutters.

As noted, the book opens with the conquest of the
Northwest Passage above the Canadian mainland and
touching on the Arctic Circle on A-IV. However, this is
almost 20 years after he ventured to Antarctica on A-III in
the late 1990s. Again, loaded with
spectacular photos, the reader is
treated to a little history, including
Shackleton’s adventure and rescue
of his crew, as well as a geography
lesson including Deception Island,
Danco Island, Cuverville Island, and
Point Circumcision at 65 degrees
south and 64 degrees west!
In the chapter about sails
and sailing routines, we learn
about the virtues of the “parasailor”
style spinnaker, and how that big
“window” tames the sail, giving it a practical usability
in a broader range of wind conditions, and cuts down
the need for constant adjustment—far more practical for
the cruising sailor. We also learn the practicality of the
fixed-position whisker/spinnaker pole always ready to
unfurl the genoa, code zero, or launching the parasailor.
The reader gets a dose of opinions on autopilots
versus windvanes, wind and water generators, fuel
cells and watermakers, anchors and anchoring
techniques (even favorite anchorages). We are treated
to several voyages through the South Pacific and how
it has changed from the 1970s to today. We learn that
Melville’s Typee was based on his experiences on Nuku
Hiva in the Marquesas Islands; and Raroia in French
Polynesia was the landfall for Thor Heyerdahl’s Kon-
Tiki. The stories include the “land
divers” of Pentecost in Vanuatu,
where natives build huge towering
platforms 20-to-30 meters high
and, in a ritual with vines tied
around their ankles, dive off headfirst
toward the ground with only
the vines as a safety support—the
precursor to bungee jumping.
The book concludes with
factors affecting the success of
a voyage, including the selection
of equipment, as well as sailors’
opinions, including those of Bill Butler, Eric Bouteleux,
Skip Novak, and Javier Visiers, to name a few of those
other world sailors with whom Jimmy shares the seas.
Jimmy Cornell is the author of World Cruising
Routes and World Voyage Planner, which are just a
couple of his books you will find on the shelf of every
serious world cruiser.
For those of us choosing adventure over regret,
Jimmy Cornell has provided us with yet another classic,
along with his other contributions, to help us keep
voyaging alive and well. 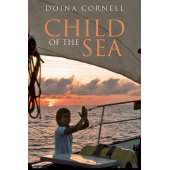 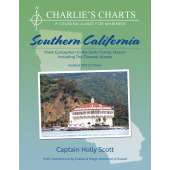