View cart
Checkout
Account
Sign in
Home PageNautical Charts & BooksChartbooks & Cruising GuidesInternational Chartbooks & Cruising GuidesCruising Anglesey and Adjoining Waters
6 of 11
Ralph Morris's guide to the island of Anglesey and the North Wales coast was first published over 30 years ago. At that time it covered little more than the island itself. Over the years the pilot has been extended until it now provides information about tides, dangers, harbours & anchorages and chartage from Liverpool (marina) to Aberdovey (the same waters covered by Imray’s 2700 chart pack). Corrections are issued as soon as they are received and are accessible through the Imray web site (www.imray.com) This fully updated ninth edition was published in June 2016 and is presented in the same format as its predecessors - spiral bound for easy cockpit use, full colour, graphics, aerial views (courtesy of Google Earth) and nearly 100 original photos. Ralph Morris learned his way around Anglesey the hard way - in a day boat with a single chart and a compass which one day chose to fail in fog. That's not the only thing which prompted the decision to write this pilot though. The prime mover was the increasing scarcity of Henry Glazebrook's “Anglesey & North Wales Coast Pilot” which has got him out of many tight corners. The detail and precision of Glazebrook’s pilot is legendary and, through this guide, the author hopes to maintain its accessibility to yotties sailing these waters. 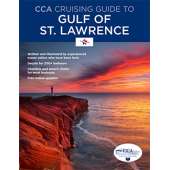 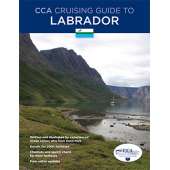