In As Long as It’s Fun, the biography of Lin and Larry Pardey, Herb McCormick recounts their remarkable sailing career—from their early days in Southern Cal. to their two circumnavigations to their current life in a quiet cove in New Zealand.

Through interviews with their families, friends, and critics, McCormick delves deeply into the couple’s often-controversial opinions, sometimes-tenuous marriage, and amazing list of accomplishments. As Long as It’s Fun is as much a love story as it is a sea yarn, and, like all such stories, it’s not without complications . . . which makes it not only a sailing tale but also a human one.

Reviews for As Long As It's Fun

“Every story needs a storyteller. The fascinating tale of Lin and Larry Pardey stretches across nearly half a century and touches much of the earth and its oceans, shared lives pulsing with adventure, creativity and passion. Herb McCormick navigates the Pardeys’ sprawling journey like one of their own cutters skimming along the surface of a calm sea. They lived in many worlds and McCormick’s prose slips seamlessly among them, whether describing the complexities of boat construction, the breathtaking beauty and harrowing danger of global navigation or the economics of life on the fly. Lin and Larry thrived in an esoteric life of their own making; McCormick is a genial and informed guide with an insider’s knowledge and a poet’s voice. In his hands, their journey is ours.” — Tim Layden, Senior Writer, Sports Illustrated

“Long before Lin and Larry encouraged us to keep cruising As Long as it’s Fun, they exhorted us to unshackle our landlubberly chains and Go Simple, Go Small, Go Now. Four decades, many books and oceans later, the minimalist adventurers chose master storyteller Herb McCormick to bring their story home, which he has done superbly—from childhood memories to burying the anchor in New Zealand. Serious sailors will learn things valuable about voyaging under sail—and about life.” — Dan Spurr, author of Steered by the Falling Stars, River of Forgotten Days

“Opening at an anxious moment in Taleisin near Cape Horn, Herb McCormick insightfully and vividly tells the fascinating story of the active lives and always challenging times of the most famous couple afloat. He makes clear not only how but why, after more than 170,000 miles of voyaging in wooden boats, the Pardeys remain as colorful, controversial, and influential as ever.”— John Rousmaniere, author, The Annapolis Book of Seamanship, Fastnet, Force 10, etc.

"I’m a sailor, I’ve read all their books, I thought I knew most of it. But Herb McCormick’s story of the extraordinary life of Lin and Larry Pardey blew me far away. While inhabiting our world, the Pardeys discovered another one for themselves that may be the stuff of all our dreams, but is beyond the grasp of most of us. They told us that we could get there ourselves by doing as they did, but the Pardeys are hard-working, Houdini-calibre escapologists from the world the rest of us have lived in. This is in fact the rarest of tales, a story of the life two people lived that is as fabulous as the Arabian Nights, as Stanley in Africa, as any exploration of the Right Stuff in Space—That’s one part of this book. The other is the Pardey’s singularly qualified biographer. Herb McCormick has written professionally about the sea and cruising sailors for forty years; he has sailed the globe from Polar icecap to Cape Horn, in every kind of boat and weather. No one—not even the Pardeys—could frame this story as clearly and contextually as Herb McCormick has in this magnificent book. This is a life story to set alongside Slocum, Scott, Amundsen, Lindberg, or Odysseus."
— Peter Nichols, author of international bestsellers,Evolution’s Captain and A Voyage for Madmen 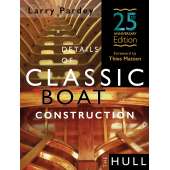 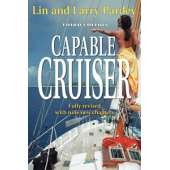 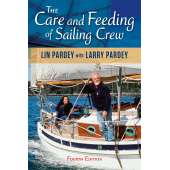 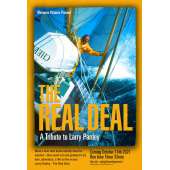 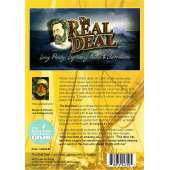 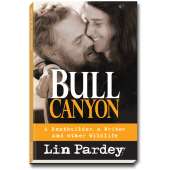 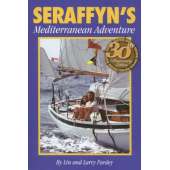 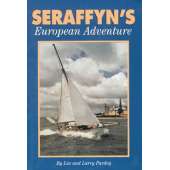 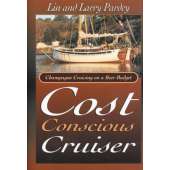